In 2006, David Meko (University of Arizona Laboratory of Tree-Ring Research) developed an extended reconstruction of the Colorado River at Lees Ferry, from 762-2005, for the California Department of Water Resources. This reconstruction was made possible by the collection and development of new millennial-length tree-ring chronologies in the Colorado River basin that incorporated extensive remnant (dead) wood. These chronologies were developed by two groups: one led by Meko, and the other by Connie Woodhouse and Jeff Lukas. 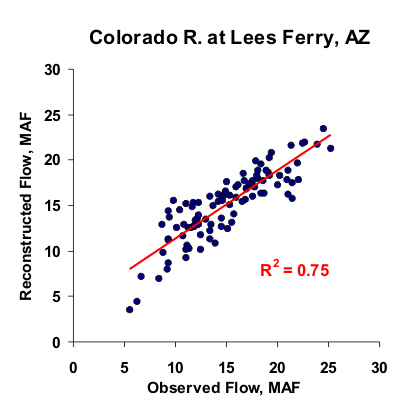 Figure 3. Reconstructed annual flow for the Colorado River flow (762-2005) is shown in blue. Observed flow is shown in gray and the long-term reconstructed mean is shown by the dashed line.