For the 1502-1990 model, a forward stepwise regression procedure was used to calibrate the naturalized Columbian River flow record using a pool of potential predictors consisting of standard tree-ring chronologies from Pacific Northwest. Chronologies in the pool were screened for length and correlation with basin hydroclimate. The final pool included both lagged and unlagged chronologies and resulted in 82 potential predictors for a model starting in 1650, and 61 for a model starting in 1550. For both models, five predictor chronologies were selected by the stepwise procedure for each of the two reconstruction models (three were in both models). Reconstructions from these two models were merged to create a 1502-1990 reconstruction. For the 1637-1983 model, principle components analysis (PCA) was used to reduce the pool of chronologies into PCs that preserved the seasonal information in the tree-ring chronologies. PC reflecting dominant modes of tree-growth/climate responses, as well as the PC time series lagged, were then used in a forward stepwise regression. 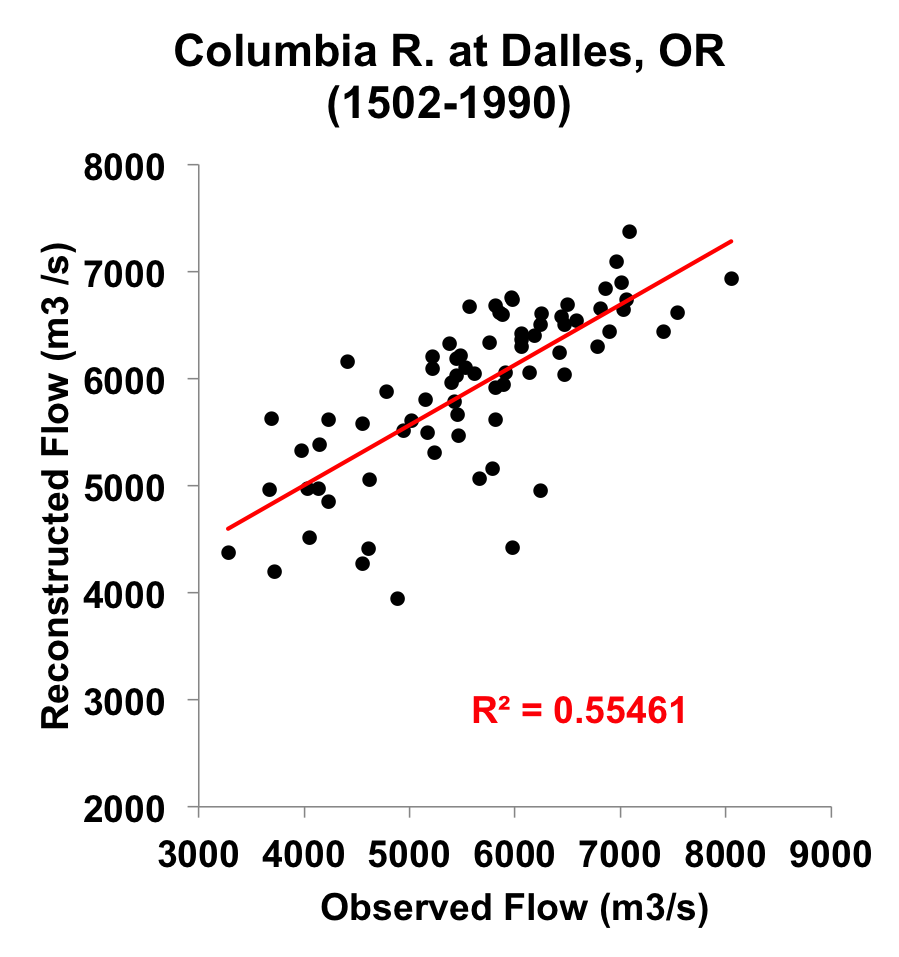 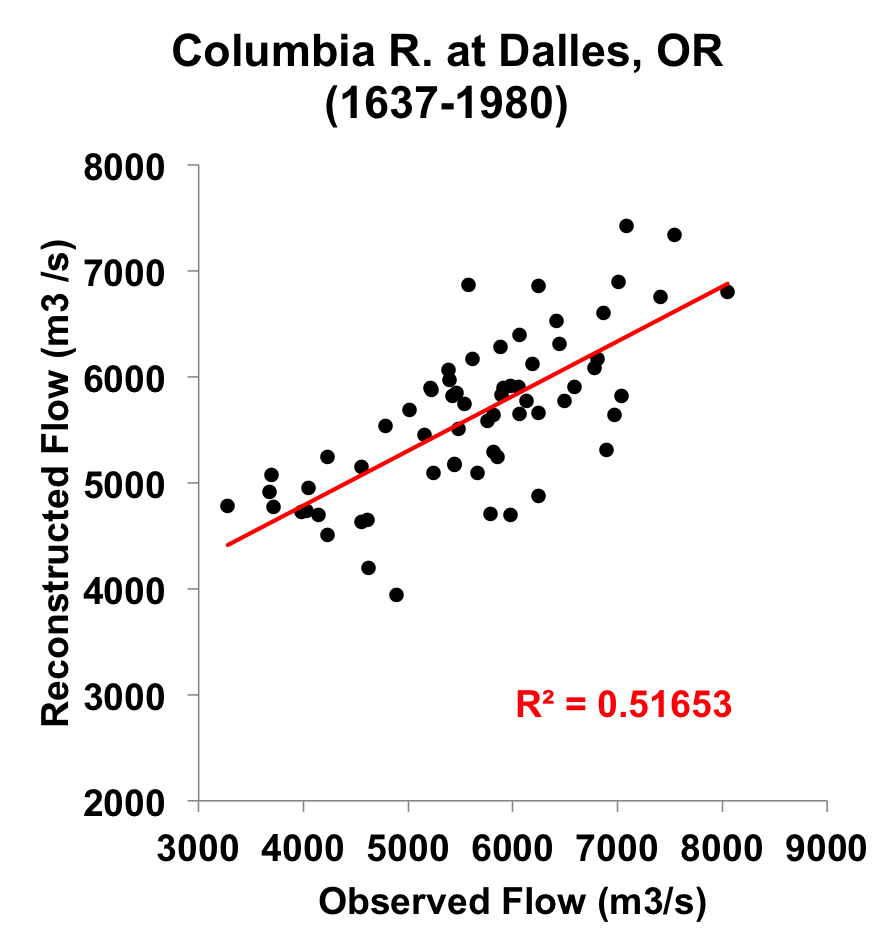 Figure 3. Reconstructed annual flow for the Columbia River flow (1502-1990) and (1637-1980) is shown in blue. Observed flow is shown in gray and the long-term reconstructed mean is shown by the dashed line.