A forward stepwise linear regression procedure was used to calibrate the observed flow record with a pool of potential predictors consisting of tree-ring chronologies from Colorado, Wyoming, and Utah that were pre-screened for significant (r > 0.3) relationships with the observed record. The residual chronologies, with the low-order autocorrelation removed, were used. Three predictor chronologies were selected by the stepwise procedure for the reconstruction model. Validation statistics were computed using a leave-one-out (cross-validation) approach. 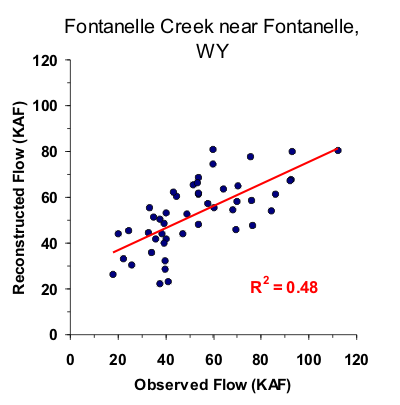 Figure 3. Reconstructed annual flow for Fontanelle Creek (1615-1999) is shown in blue. Observed flow is shown in gray and the long-term reconstructed mean is shown by the dashed line.