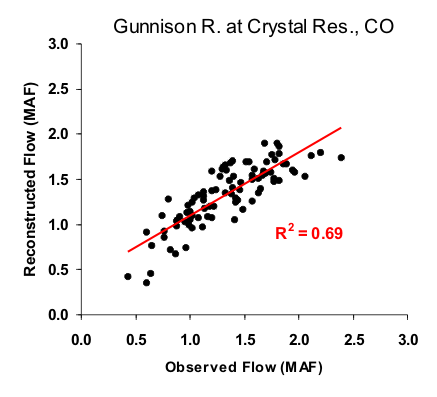 Figure 3. Reconstructed annual flow for the Gunnison River flow (1569-1997) is shown in blue. Observed flow is shown in gray and the long-term reconstructed mean is shown by the dashed line.